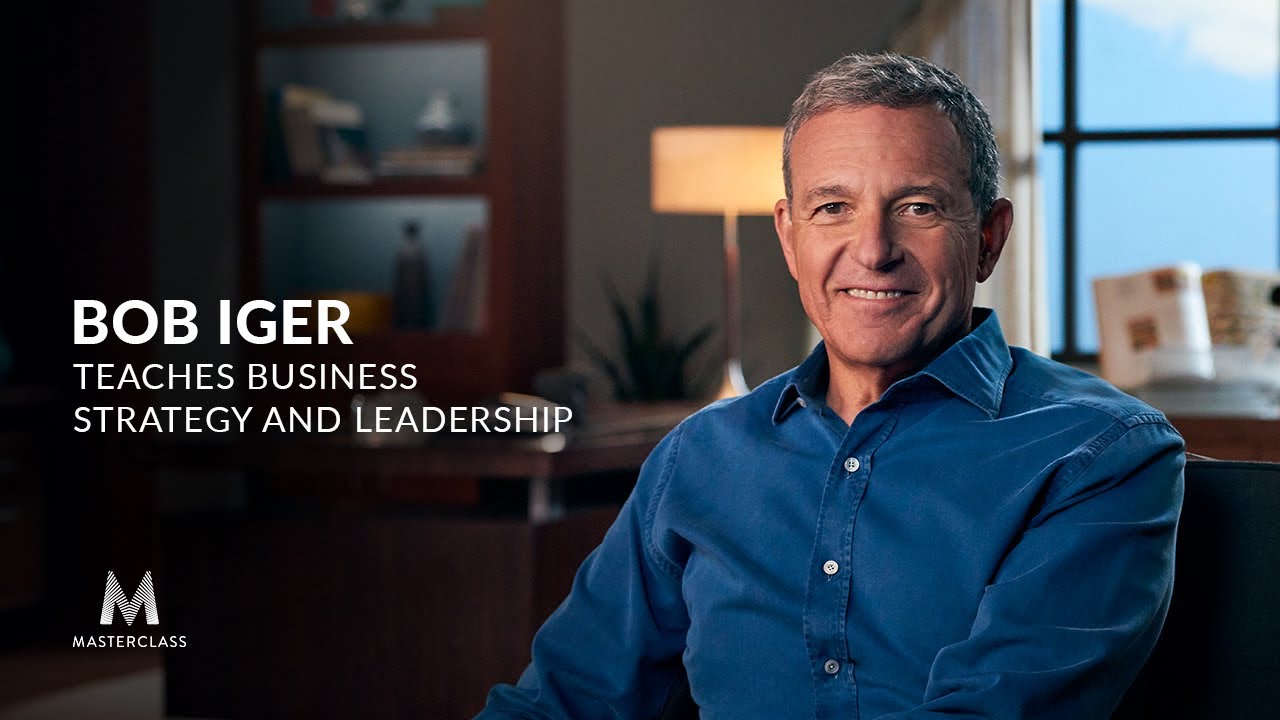 In his 45-year career in media, Bob Iger has never shied away from change. That quality has served him well at The Walt Disney Company, where he’s helped one of the world’s most beloved and established brands evolve without losing any of its magic. As chairman and CEO of Disney, he’s helped shape the company’s strategic vision and guided it through some of the boldest moves and biggest acquisitions in media today. In addition to the acquisitions of Pixar, Marvel, Lucasfilm, and 21st Century Fox, he helped expand the company’s content across new and diverse platforms, embracing direct-to-consumer technology.

Learn more about Bob’s MasterClass at

During his tenure at Disney, the company has been widely recognized as an industry leader, landing a place on “best-of” lists in most major business publications. Bob himself has been named one of the “World’s Most Powerful People,” a “Top Gun CEO,” and one of Institutional Investor magazine’s “Best CEOs” for four years total so far.

In Bob’s MasterClass, learn the Disney CEO’s strategies for evolving a brand in an age of disruption and leading with integrity, courage, and optimism. Through case studies and lessons from Bob’s 45 years in media, learn the strategy behind some of Disney’s boldest moves and biggest acquisitions, including Marvel, Pixar, and Lucasfilm. Bob will teach you his take on the art of negotiation, risk management, and evolving a brand. He’ll also share his core tenets of leadership and teach you how to embrace change and take smarter risks so you can reap greater rewards in your company and career.

In this online class, you’ll learn about:
• Risk management
• Focusing your company strategy
• How and why Disney acquired Pixar and Marvel
• How to evolve a brand
• Anticipating what consumers want
• Leadership characteristics
• Effective time management
• Managing industry disruption
• Navigating complex deals
• The art of negotiation

About MasterClass:
MasterClass makes it possible for anyone to learn from the best. Get inspired with classes from 75+ world-renowned instructors on cooking, photography, writing, performance, and much more. Watch video lessons anytime, anywhere on mobile, desktop, Apple TV, and Amazon Fire TV.