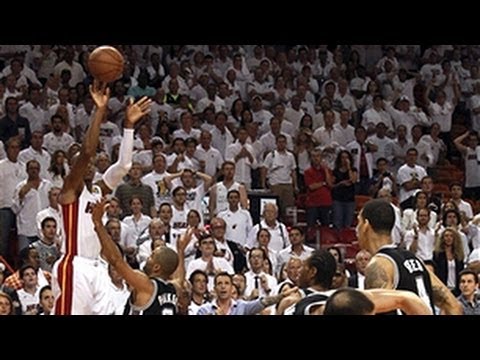 Check out the FULL highlights from the INCREDIBLE 4th quarter of Game 6 of the NBA Finals between the Spurs & Heat as Miami mounted a dramatic comeback to force overtime, capped off with the dramatic Ray Allen 3-pointer!