How to play Last Word 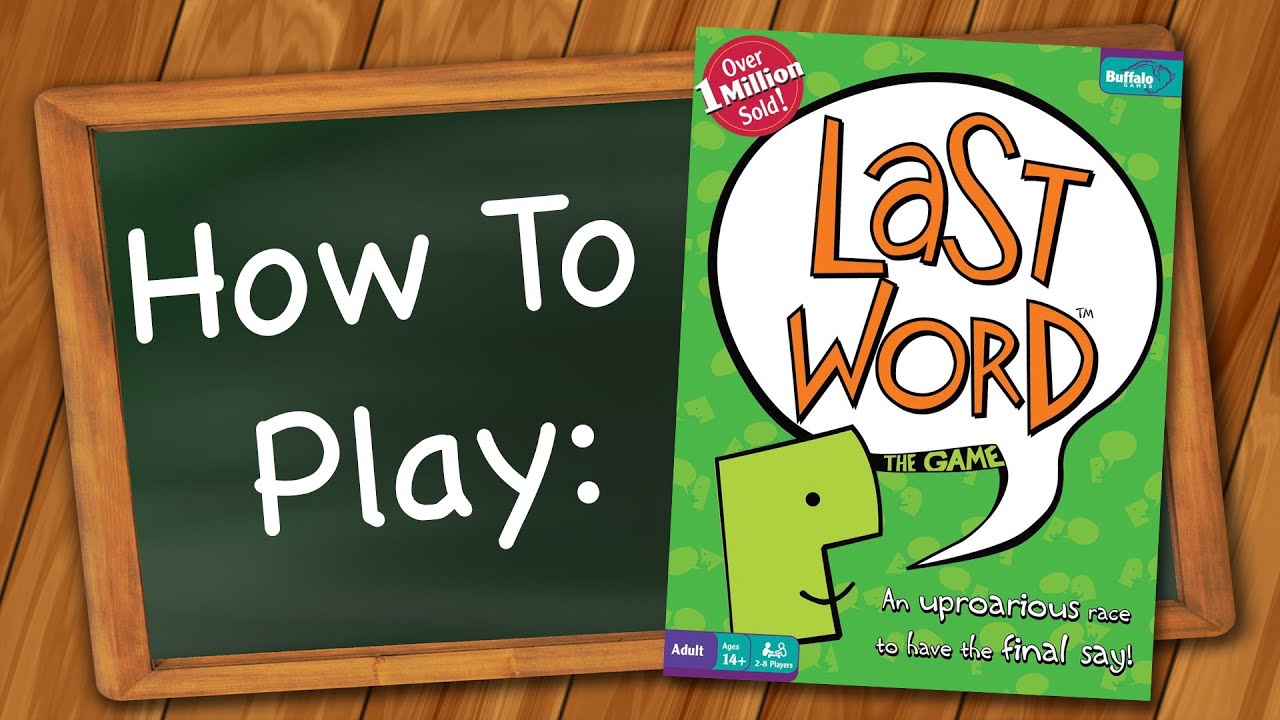 Learn the rules to the board game Last Word quickly and concisely – This visually rich video has no distractions, just the rules.

Don’t own the game?
Buy it here: (This Amazon Affiliate link directly supports me)
RULES:

The object of the game is to be the first player to advance to the finish. Setup: Place both boards within easy reach of all players. Each player picks a pawn and places it on start. Shuffle both decks and place them facedown on there correct spots on the deck board. On the back of the buzzer, switch the random interval to “on” and put it next to the card stacking board. Give each player 1 trade-in token.

Each player draws 1 subject card from the top of the deck, looks at it and keeps it hidden from other players. Any player turns over the top letter card faceup and reads it. All players try to come up with a word that starts with the letter of the face up card within the category of the card in their hand.

The first player who sets his subject card face up on the board, reads the subject aloud, then says a word that fits that category, and starts the timer by pressing the button. Any player, including the starting player, now says another word that start with the letter and fits the category played. The last player to have said a correct word for the category and letter, when the timer runs out, moves forward one space.

The player who played the subject card draws a new one to their hand. A new letter card is drawn and the process repeats.

One time during the game, each player may trade in their trade-in token to discard his current subject card and draw a new one. All words given must be real words. You may challenge the legitimacy of a word by a player. The majority rules on the legitimacy of words. If the last word was ruled false, then the previous accepted word will advance.

Once the timer begins to sound the round is over. Any word being spoken midway when the timer sounds, does not count. You may also play in teams using the same rules. The first player or team to the finish wins!