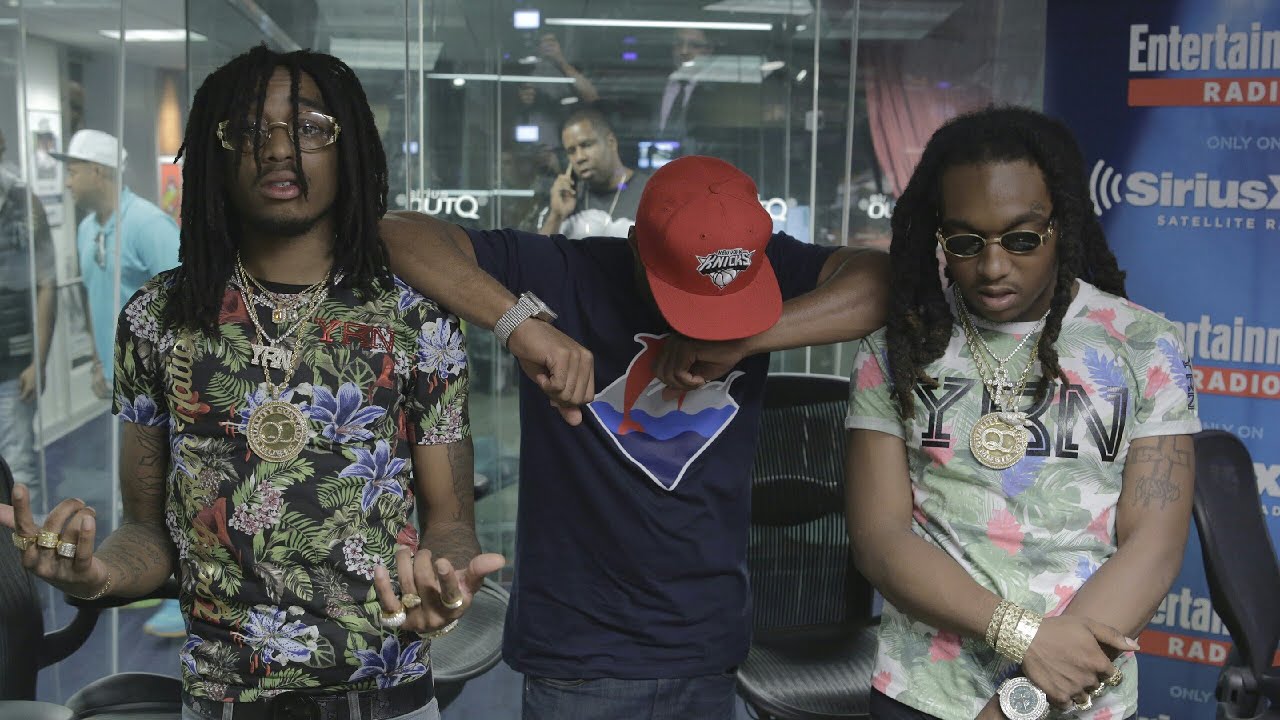 Migos stopped by “The Whoolywood Shuffle” promoting their recently released Album “Yung Rich Nation”. Quavo & Takeoff speak on how hard it is to have Offset still in jail. They also explain the dance craze taking over Atlanta, dubbed the “Dab Daddy Dance”.

What’s crazy is they have so much music in the vault that it just keeps on leaking out. One that they’re holding close to is a record titled “Fantastic” with Lil Wayne. This will end up on their upcoming Album, which they claim is already finished. The interview closes out with the group being asked who their dream collaboration is with. That answer was Nas, but there was one requirement!

Shot and Edited by Renny Hurst

Tune into “The Whoolywood Shuffle” each and every Saturday from 12p-6p EST on Sirius XM Shade 45, with a re-broadcast on Sunday’s from 10a-4p EST. POW!