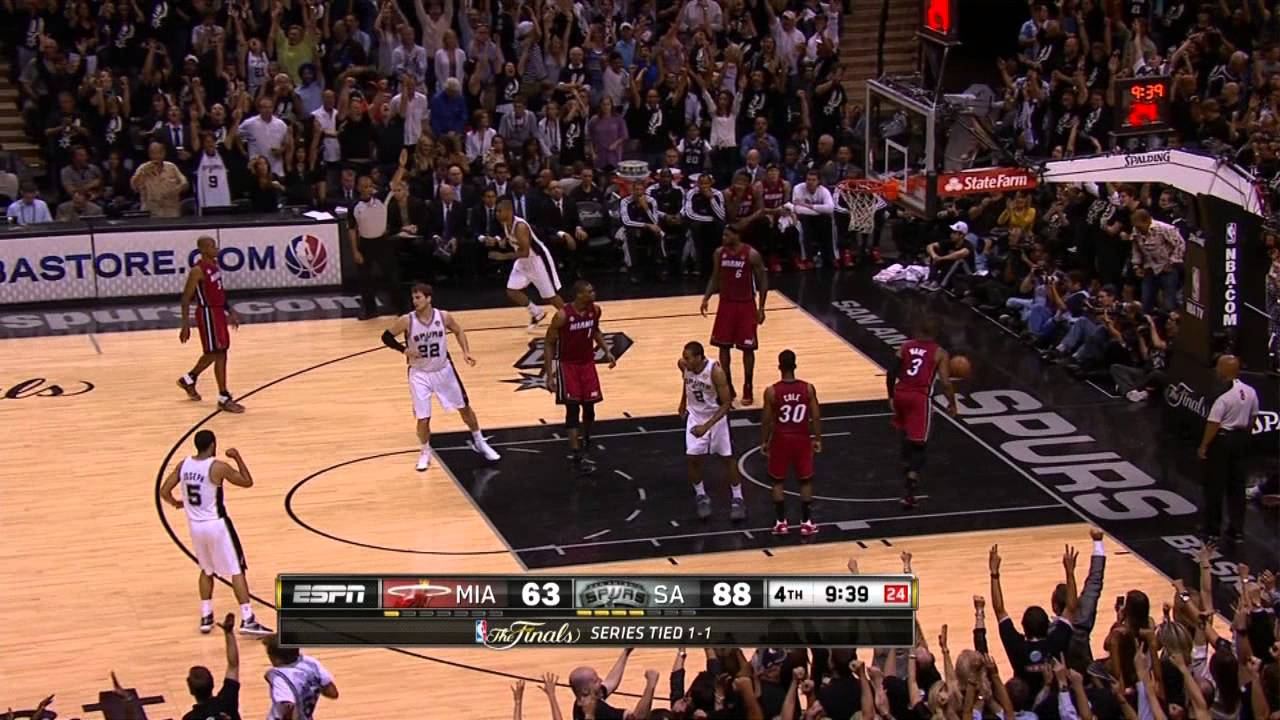 Check out every three pointer the Spurs made tonight against the Heat as they set a new NBA record for most 3-pointers made in an NBA Finals game by connecting on 16 thanks to the amazing play of both Danny Green & Gary Neal!